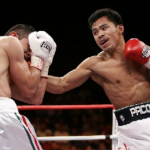 Manny Pacquiao proves he’s still the best pound-for-pound boxer in his weight class, and he displayed a lot of class in his knockout over David Diaz…

Manny Pacquiao is undoubtedly still an electrifying fighter. And he proved it when he fought David Diaz, knocking him out in the ninth round to become the first Asian fighter to win four world titles. 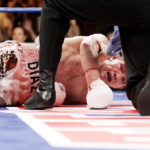 Pacquiao attributes much of his success to his training and his martial arts experience. But he humbly admits that God is No. 1 and that has enabled him to be the champion that he is.