Le Rêve: Most Spectacular Show of the Century 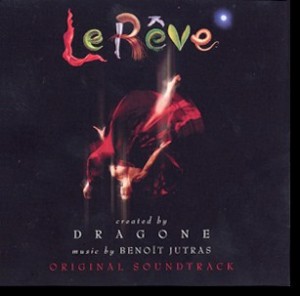 Le Rêve is provocative and powerful, and it is undoubtedly one of the most spectacular shows of the century. Lighting, dramatic effects, an international cast of the finest performers delight audiences at the Wynn’s top-flight theatrical show…

When one dreams about a place or a situation, it can become a reality. Le Rêve (French for “the dream”) at the Wynn Las Vegas is that kind of production where dreams can appear to be real as you watch performers floating in the air with dancers below, a sprinkling of comedy, lots of dramatic moments, and some of the finest athletes on the planet. 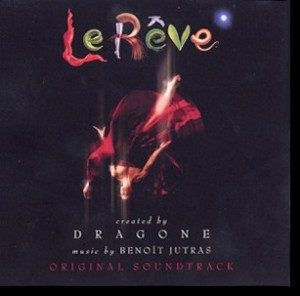 It is a provocative, powerful, theatrical production, combining aquatics and special effects with visuals to create an intimate entertainment experience. It is truly one of the most spectacular shows of the century.

Created by Franco Dragone, Le Rêve is not like a traditional theatrical show, but surpassed the genre as a surreal theatrical production in the round. Dragone’s innovative flair is the foundation upon which this show rises with its drama, passion and high-tech visual thrills, delighting the audiences. Another outstanding aspect of the show is the seating in the round where ever seat gets a phenomenal view.

Le Rêve opened in April 2005, and the creative, original, magical show has touched people who visit the Las Vegas Strip from around the world. The show has international flavor and appeals to all audiences.

Consider the multicultural, multi-talented lineup of performers: among the 86 artists who perform water acrobatics, gymnastics, contortions and unusual novelty acts in Le Rêve, 12 performers are married to each other. 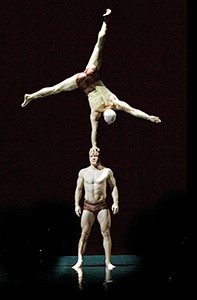 The technical schematics incorporate over 900 dimmers that fill three floors. Thousands of watts of power are used to bring stunning lighting effects, as well as to create sensuous and various other moods according to the hue and intensity of color.

The audience can sit back in luxury for a more specialized evening by opting for the VIP Indulgence Package, which comes complete with champagne bottle service and closed-circuit monitors that show the behind-the-scenes action. This unique experience allows the audience to enjoy intimate settings and escape reality as their imagination flows with the experience.

And the experience is unlike any that I’ve seen. It takes a number of people to make shows like this successful. One of them is Mark Fisher, world famous architect, who along with Roger Thomas, executive vice president of design for the property, is responsible for the majority of the success of the show. Fisher had to create a theatre that fit the elaborate surroundings of the Wynn; it had to complement the hotel’s modern, stylish décor and intricate designs.

A production of this grand level could not come about without high-caliber professionals, such as the award-winning lighting designers Jules Fisher and Peggy Eisenhauer. Because of the strenuous and elaborate movements of the artists, the costumes are a critical area, which is handled splendidly by the top-notch wardrobe department. In addition to the incredible beauty, the fashions must be functional, durable and yet still require frequent modifications or replacements. 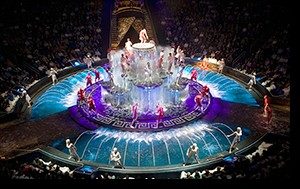 Le Rêve is one experience I particularly enjoyed above the other production shows I’ve seen. 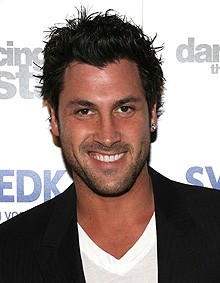 One major highlight of the show is Maksim Chmerkovskiy, widely known as Max from the hit TV competition show, “Dancing with the Stars.” He is a choreographer and creates dance experiences that captivate audiences.

Dancers and other performers move across the stage and through the air, which is made possible by the aerial rigging consisting of 60 harnesses for each performance. Twenty-two sets of cast members fly at one time during the show using cables of the same type as those used in aircraft building.

The music styling ranges from delicate tones to dynamic pulsating beats. There are all types of audiovisual effects, but never is it gratuitously used; it’s always just the right touch. And there are clowns, scuba divers and equestrian performances; it’s a little like a circus, a ballet, and a music concert, but Le Rêve is so much more.

It’s a show that sets itself apart from all others. Even the little touches, such as the handouts and decorative cards that are provided to visitors with information and images are elegant and thoughtful. Nothing but the best at the Wynn.