A F I Festival Picks By: Pete Allman 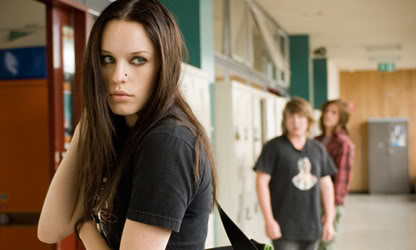 Some of the new films shown at The American Film Institutes Festival are very entertaining. Some are not that impressive. Certainly A F I’s Fest has some of the top young filmmakers making their debut at Mann’s Chinese Theater in Hollywood.

The Loved Ones {Australia} introduces Australian writer-director Sean Byrne; who brings to the screen, the willingness of a father to make his only daughter happy. A high school senior { Xavier Sameul} rebuffs the prom invite of a shrinking -violet classmate
{ Jessica McNamee}, then ends up the hog led prisoner of her claw-hammer-wedding father. 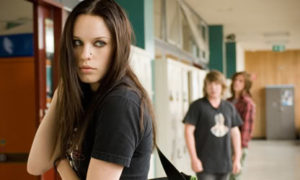 Modus Operandi {USA} was made in Milwaukee where the cost of life was indispensable. That is what filmmaker Frankie Latina shows in a somewhat avandguard way. It’s the look of the 70’s. Danny ”Machete” Trejo plays the bad guy (stunts and all), along with Mark Borchardt {American Movie}.

Latina truly presents a mixture of violence and a bit of surrealism in this film.
The plot introduces Randy Russel a CIA agent who takes on a mission that will eventually lead him to his wife’s killer. This flick has an interesting feel to it. It’s
a combination of a spoof, a hard click gangster and experimental. 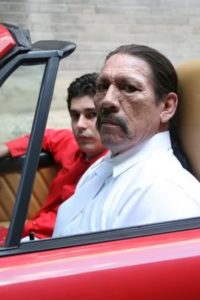 No One Knows about Persian Cats {Iran} is a funny film about government censorship and immigration through a comedic filter, making its political points.
There’s various musical performances ranging from alternative rock to heavy metal, during which montages of everyday people unfold, showing glimpses of an Iran more complex than the news outlets in America report. 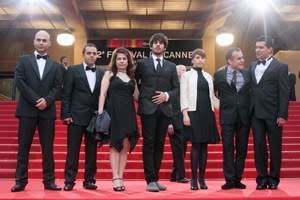 October 28, 2009 (Los Angeles)—AFI PROJECT 20/20 today announced the names of seven American and international filmmakers who will participate in the auspicious program for 2009–2010 following screenings of their films at or in conjunction with AFI FEST 2009 presented by Audi.

The American Film Institute—in conjunction with the President’s Committee on the Arts and the Humanities (PCAH), the National Endowment for the Arts (NEA), the National Endowment for the Humanities (NEH) and the Institute of Museum and Library Services (IMLS)—have renewed their commitment to support this unprecedented international cultural exchange program that seeks to engage audiences here and abroad through filmmakers and their films.

The impressive lineup of 2010 participants (in alphabetical order) is:

FIRST OF ALL, FELICIA, co-directed by Melissa de Raaf and Razvan Radulescu (Romania)

GUY AND MADELINE ON A PARK BENCH, directed by Damien Chazelle (US)

ICONS AMONG US, co-directed by Lars Larson, Michael Rivoira and Peter Vogt (US)

ROOM AND A HALF, directed by Andry Khrzhanovsky (Russia)

SITA SINGS THE BLUES, directed by Nina Paley (US)

Joining these 10 filmmakers are two artists from the 2009 program – Kief Davidson (KASSIM THE DREAM) and Richie Mehta (AMAL)—for a total of 9 films and 12 filmmakers for 2010.

Over the program’s first three years, 35 filmmakers representing 17 countries have participated and visited 16 countries and 12 U.S. cities. They have taught master classes at universities; screened their films at festivals, museums and cinemas; and interacted with audiences about their films. This year, filmmakers will travel to St. Louis; Washington D.C.; Boise; Silver Spring, Maryland; Seattle and Waterville, Maine, as well as China, Russia, Peru, Great Britain, Tunisia, Morocco and Switzerland. AFI PROJECT: 20/20 has also been invited to create a unique program for the ambassadors to UNESCO in Paris.

“Wherever AFI PROJECT: 20/20 has traveled to date—China, Turkey, Indonesia, St. Louis or Waterville, ME—audiences and filmmakers have enthusiastically embraced a new way of seeing each other’s world,” says PCAH Executive Director, Rachel Goslins. “From the clash of tradition and modernity in Mali to the lives of American truckers, 20/20 films have told stories about places and cultures that are both wonderfully unique, and powerfully universal.”

AFI PROJECT: 20/20 is led by the American Film Institute and supported by the following federal agencies:

The President’s Committee on the Arts and the Humanities (PCAH) bridges the interests of federal agencies and the private sector, supports special projects that increase participation, and helps incorporate the humanities and the arts into White House objectives. Mrs. Michelle Obama is the honorary chairman of PCAH.

The National Endowment for the Arts is a public agency dedicated to supporting excellence in the arts, both new and established; bringing the arts to all Americans; and providing leadership in arts education.

The National Endowment for the Humanities serves and strengthens our republic by promoting excellence in the humanities and conveying the lessons of history to all Americans. The NEH is the nation’s leading supporter of research education, preservation and public programs in the humanities.

The Institute of Museum and Library Services is an independent federal grant-making agency dedicated to creating strong libraries and museums that connect people to information and ideas. The IMLS works at the national level and in coordination with state and local organizations to sustain heritage, culture and knowledge; enhance learning and innovation; and support professional development.

AFI is a national institute providing leadership in screen education and the recognition and celebration of excellence in the art of film, television and digital media. Celebrating its 23rd year as a program of the American Film Institute, AFI FEST 2009 presented by Audi will take place October 30-November 7. Kicking off the awards season each year, AFI FEST offers a crucial avenue of exposure to the entertainment community, while providing appreciative audiences with a festive atmosphere and the very best of world film, right in the center of the film capital of the world.

The American Film Market (AFM), November 4-11, 2009, is the market partner of AFI FEST. Together, AFI FEST and AFM provide the only concurrent festival/market event in North America. AFI FEST is the only FIAPF-accredited film festival in the United States. The Academy of Motion Picture Arts and Sciences recognizes AFI FEST as a qualifying festival for the Short Films category for the annual Academy Awards®.

AFI PROJECT: 20/20 is an American Film Institute international initiative designed to enhance cultural exchange, understanding and collaboration through filmmakers and their films from the US and abroad. It is an unprecedented cultural diplomacy effort that is the only international filmmaker exchange supported by all of America’s cultural agencies—National Endowment for the Arts (NEA), National Endowment for the Humanities (NEH), Institute of Museum and Library Services (IMLS)—and the President’s Committee on the Arts and the Humanities.

Additional information about AFI programs is available at AFI.com.

About the AFM
During AFM, the business of independent motion picture production and distribution—a truly collaborative process—reaches its peak every year, when more than 8,000 industry leaders converge in Santa Monica for eight days of deal-making, screenings, seminars, red carpet premieres, networking and parties. Participants come from over 70 countries and include acquisition and development executives, agents, attorneys, directors, distributors, festival directors, financiers, film commissioners, producers, writers, the world’s press and all those who provide services to the motion picture industry.

Founded in 1981, the AFM has become the premier global marketplace where Hollywood’s decision makers and trendsetters all gather under one roof. Unlike a film festival, the AFM is a marketplace where production and distribution deals are closed. In just eight days, more than $800 million in deals will be sealed — on both completed films and those that haven’t started shooting yet — making AFM the must-attend industry event.

The AFM is produced by the Independent Film & Television Alliance (IFTA), the trade association representing the world’s producers and distributors of independent motion pictures and television programs. More information can be found at ifta-online.org/afm <http://www.ifta-online.org/afm>.
About Audi of America, Inc.

Audi of America Inc. and its 270 dealers offer a full line of German-engineered luxury vehicles. The Audi lineup is one of the freshest in the industry with 23 models, including 12 models launched during model years 2008 and 2009. Audi is among the most successful brands globally. Last year AUDI AG recorded its 12th consecutive record year for sales and profit growth. Visit audiusa.com or audiusanews.com for more information regarding Audi vehicle and business issues.