Tony Tarantino Is On the Move By Pete Allman 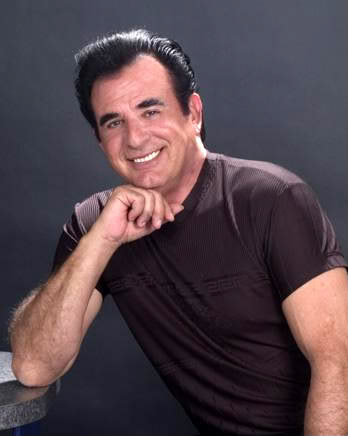 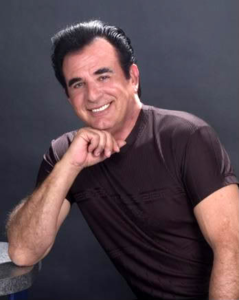 It looks as though the Tarantino’s are keeping Hollywood busy. Quentin Tarantino with his latest hit Inglourious Basterds and Tony Tarantino with ‘ Tra Gli Ulivi’ [Between the Olive Trees’] to be filmed in Italy in February 2010.Quentin Tarantino in November received The Kirk Douglas Lifetime Achievement
Award from Kirk Douglas at the Santa Barbara Film Festival dinner. Tony Tarantino received the ”Comune Di Napoli” [Commune of Naples] and named Italy’s Ambassador of Naples to the United States. Tony who was conducting workshops at Rome’s Cinecitta [Italy’s largest film studio] is working with Ennio Pontes on Between the Olive Trees. But Tony Tarantino is quick to admit that directing and producing is no gravy train.” You’ve got to be quick witted in this business and never underestimate anything”.

Tony is one busy man, but he is also no stranger to Las Vegas! While visiting Vegas he was at the grand opening of The Golden Nugget Rush Tower. He and the CEO of The Golden Nugget (Tilman Fertitta) had discussed the possibilities of filming at the hotel and its surrounding areas. Tarantino has also shook hands with Mayor Oscar Goodman. And speaking of Oscar Goodman…Tarantino would love for him to be in his next film,” New Horizons”, which he hopes to film in Las Vegas! Hopefully, Vegas will be fortunate enough to have Mr. Tarantino grace her sparkling city of lights with his presence. 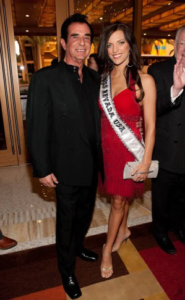 Tarantino was born in Queens, New York on July 4th to Dominic Tarantino, a successful film actor in the silent film era. Tony grew up in Queens, New York in a tough neigborhood. Nothing was handed to him. He had to work for what he wanted. Later on, when his family moved to California he attended the Pasadena Playhouse and honored his craft as an actor, later becoming a director and producer.

Tarantino’s credits include: Blood Money, Holy Hollywood, All the Rage, and Family Tree, among a host of others. His true love however is directing and producing films. ”Prism”- Tarantino’s newest film project- is a blending of fact and fiction into a journey of intrigue, love, betrayal and tragedy. It
is a present day police thriller set on the Arizona- Mexican border. “Death Keeps Coming”, another film set in the 1880’s, is a western with a super
natural twist .It will star Martin Kove [formerly of Karate Kid]. Tarantino’s next film, “The Keeper”, is a true story of Richard Trudge, born into slavery in 1842, who rises to national heroism during a time of racial prejudice and discrimination in America. These are the films set to go into production late 2010.
Each Tarantino is of his own mindset. In a time where movies are in more demand, Quentin Tarantino and Tony Tarantino will continue to be part of that history.