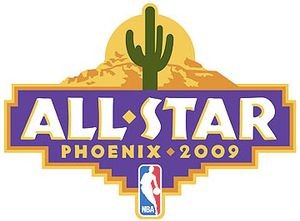 NBA Legend players, such as Magic Johnson and Jerome Williams, are more than ballers; they are givers, too. And other people, like the BlueWater Resort’s Marlene James deserve an ‘MVP’ title, too. ...

Recently I traveled to Phoenix to interview several NBA players and “legends” at the NBA All-Star Weekend. Many of the parties and social activities took place nearby in Scottsdale, Ariz., where there were and lots. 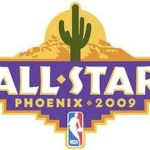 The trip was interesting and full of sports celebrities, singers, actors and notables from other fields. The trip I took was about the NBA, but on my return trip, I met a remarkable woman, Marlene James, who I consider my MVP because of the compassion and professionalism she showed when I really needed it due to some circumstances I was undergoing. I also got to re-visit the Bluewater Resort and Casino, one of the most picturesque places to stay in Parker, Ariz.

While in the Phoenix area, I learned from Charles Smith, executive director of the National Basketball Association’s NBA Legends, that their organization is far more than just about the game. The organization does more than just promote basketball and help honor outstanding former players.

The NBA is a family of close-knit people who support and get involved with efforts to help women, children and families that are financially challenged. The organization works directly with parents and helps them to educate and support their children. The legendary players also support efforts that aid women and children in crises.

One former NBA player, Jerome Williams, retired and relocated to Las Vegas, where I reside. In addition

to his work with NBA Legends, he runs his own nonprofit charitable organization. Williams, known as “Junkyard Dog,” also participates in the NBA’s Basketball Without Borders program to help youth in Africa, Asia and other countries.

Williams is only one of the fine examples of NBA players who do more than expertly dribble, bounce and dunk for their money. They give back, using those dollars to make other people’s lives better.

The NBA held its awards banquet on the final day of the weekend, just before the All-Star game.

I spoke with NBA greats, Including Earvin “Magic” Johnson and Spencer Haywood, along with other spo

“The NBA is like no other organization in sports. It’s a family and a brotherhood,” said Johnson.

This year’s weekend celebration was fun for everyone. Fortunately, there were no embarrassing moments (as has happened in the past when they convened in Las Vegas and outside trouble-makers caused fights).

In Scottsdale, rapper Jay-Z held his gala function at the Phoenician Hotel, considered the tops in Scottsdale. His wife, Beyoncé, attended briefly.

Other parties were hosted by Snoop Dogg in downtown Scottsdale, and a huge party at the W Hotel drew about 5,000 people. As far as I could tell, all the parties took place without any negative incidents.

On The Road Back

During my long drive back to Las Vegas, I suddenly got sleepy and nearly lost control of my car. When I was about 45 miles from Needles, Calif., and 17 miles from Parker, Ariz., I decided to head there to check into the BlueWater Resort, a hotel-casino I had visited before. 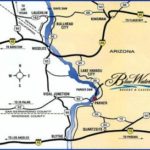 I wrote about the place in my column nearly a decade ago, during their grand opening.

Upon checking in, that’s where I met my “MVP,” Marlene James.

She greeted me at the front desk, and she helped me with excellent accommodations, even though I had not made a reservation. She offered me one of the best riverfront rooms with premium accommodations. 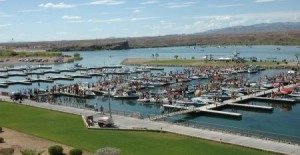 The BlueWater is located by the Colorado River, and it offers a beautiful, majestic view of the mountains. I was able to walk right out of my room, onto the balcony and overlook the river and the marina.

Parker, Ariz., is small town of about 5,000 located just south of Lake Havasu and only about three hours from the Grand Canyon.

Parker is a very popular destination for boating enthusiasts in the summer months.

The BlueWater is the only hotel-casino located there. 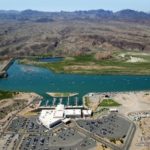 You’ll be pleasantly surprised by its tranquil setting.