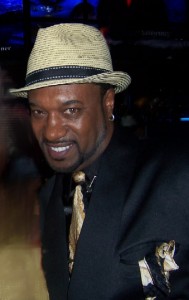 “The Spirit of the Strip” is back! T. Fox, showman extraordinaire, is back performing his one-man show on the Las Vegas Strip at Trader Vic’s, taking audiences on a musical journey from the sounds of Sinatra, through Motown to the hip sounds of today. . . 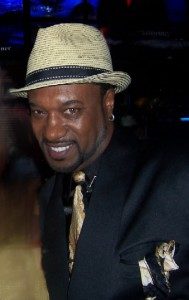 T. Fox, who continues to be “The Spirit of the Strip,” has signed a new contract to perform his show at Trader Vic’s, located in the Miracle Mile Shoppes at Planet Hollywood in Las Vegas. Fox, who performed for many years at the Tropicana Hotel and Casino, is a one-man show.

He performs an array of music, taking his audience from the golden Sinatra years through the Motown Era, all the way up to the rhythms of today. His musical celebration includes the audience as part of the show. Fox may have several people come up and dance with him like backup dancers, similar to the Temptations. He may invite some to sing with him.

He also selects members of the audience and has them call their friends and family members back home, then he sings to them over the cell phone.

Fox is a diverse showman, he accompanies himself on keyboards, records all his own music, and sings to his own back-up tracks. He is stylish and does several outfit changes a night. Most important, T. Fox uplifts his audience by giving them a spiritual message through his music. And as he says, he is “blessed by the power of God.”

Weekend show times are 5 – 9 p.m., Thursday through Saturday. The performance is on the Passion Patio, which overlooks the fountains of the Bellagio. The show is free with a two-drink minimum. Call (702) 405-4700.