George Wallace: “I Be Thinking” 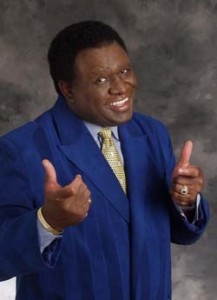 “I Be Thinking,” says comedy master George Wallace, and that’s the signature title of his headline show playing at the Flamingo Hotel and Casino. And he certainly is a thinking man with a mind for marketing when it comes to creating, performing and sustaining as one of the top-rated shows on the Las Vegas Strip. Plus, he is known for his charity, helping families and children…

Ask anyone about comic George Wallace, and they’ll say, “I Be Thinking.” That’s the title of Wallace’s hit comedy stage show now playing on the Las Vegas Strip at the Flamingo Las Vegas, a hotel-casino and member of the Harrah’s Group.

When he hits the stage, his comedy is always fresh and lively. It’s a complete mix of planned jokes, improvisation and on-the-spot, one-line comments by the ever-witty, ever-lovable George Wallace. 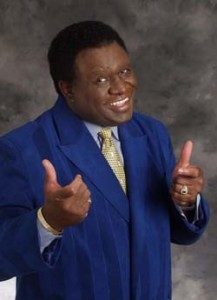 In addition to his stand-up, he involves people from the audience, brings them up on stage and gives them gifts, such as copies of his CD and tee-shirts. He also invites other entertainers to join him. The night I was there, he introduced the singing group, The Coasters, who are performing at the Sahara Hotel and Casino on the Strip.

George even adds a little bit of church to his show by bringing in someone from the audience to sing some gospel. Anything is possible in a George Wallace show. That’s how he keeps it new and refreshing every time. That’s a good reason to go back and see the show more than once.

From the start, as the audience enters the showroom, they are able to see two big screens that provide interesting and funny segments of news, features and other closed circuit selections, sort of like his own Wallace TV.

When they perform songs, such as Marvin Gaye’s classics, it sets you in the mood; you know what I mean. You can’t help but be astounded and entertained by their vocal style. It sounds like there is actual music playing along with their well-blended voices. 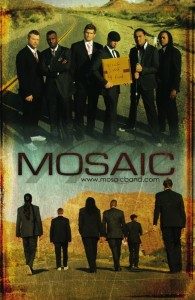 The six-man group consists of members of ethnic backgrounds, extreme talent and personality. The showmen make a great show-opener for the versatile comic.

The entire evening is well put together, but it’s no wonder: George Wallace is an entrepreneur with a degree in marketing. And he gives back to the community through his own charitable foundation, The George Wallace Foundation, which helps children and families.

George Wallace wants to see people laughing even in this tough economy. Ask about the couple’s special: two VIP tickets to his show and two dinners at the Paradise Garden Buffet in the Flamingo. The special offer is good through Valentine’s Day 2009, according to an announcement just released.