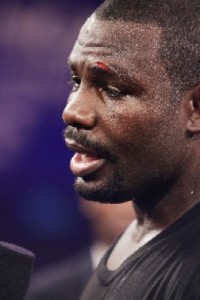 Top Rank’s fight card of Wednesday, July 16, at the Pechanga Resort and Casino in Temecula, Calif., had a surprise ending. The main fight card had former, two-time heavyweight world champion, Hasim “the Rock” Rahman (46-6-2-36KOs) fight aggressively against James “Lights Out” Toney (70-6-3-43KOs). At least, he did for the short time it lasted, to the dismay of both fighters. 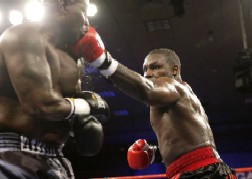 In the second round, Toney scored with some well-executed right hooks. Unfortunately, Rahman was unable to continue to fight after an injury over his left eye from an accidental head butt in the third round was ruled a TKO victory for Toney. According to Rahman, he couldn’t see Toney’s punches, but he still disputed the TKO result. 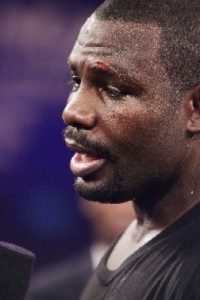 Toney won IBF world titles at middleweight, super middleweight and cruiserweight. He has fought for the heavyweight crown twice, once with John Ruiz in 2005, winning a points victory. Then Toney was later stripped of his WBA title for failing a drugs test. Then the second time he battled for the crown, it was the following year when he fought Rahman, it ended in a draw. Toney on his comeback now feels he is the best heavyweight in the world.

One thing for sure, Toney was in great shape and still displays that quick right hook, but he doesn’t throw a lot of combinations. He’s the kind of fighter who looks for that knockout. And as we all know, style makes the fight, and Hasim Rahman executed some great combinations in the first and second rounds.

There is some debate among fight pundits as to whether this fight was a title fight. Some don’t recognize the North American Boxing Organization (NABO) heavyweight title. Overall, the decision was made and Toney is the victor.