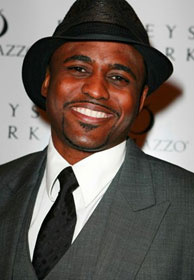 The Palazzo Las Vegas Resort Hotel Casino grand opening weekend in mid January was more than a new hotel-casino opening its doors. It is a new concept: integrated resorts-casino development. It’s the total elite resort experience. Visitors get more than just the chance to play at the tables, see headliners and go to late night production shows. They can now experience elite shopping malls, world-class restaurants, spas par excellence, as well as grand luxury suites offering every amenity available. The Palazzo Resort is a city within a city.

In a way, this was a historic opening in that the developers’ two adjacent, connected properties—The Venetian and the Palazzo—makes it the largest luxury hotel resort in the world with a total of over 7,000 suites.

The concert on Saturday was memorable. It opened with Wayne Brady performing his own tribute to Sammy Davis Jr. and James Brown. Other performances included the Tony award-winning “Jersey Boys,” a Broadway musical about Franki Valli and the Four Seasons, which will be opening at the Palazzo soon.

Actor Andy Garcia demonstrated his musical roots in Cuban music while performing on keyboards and bongos with the Cineson All Stars. Highlight performers of the evening were Seal and Diana Ross, who closed the show at the final concert culminating the week’s activities.

Seals’ music was certainly inspirational and thought provoking. The three-time Grammy award-winner commandingly performed songs off his “Sister” and “Killer” albums. His “Love’s Divine” moved the audience into a meditative state, along with his closing song’s message, “give a little to survive.”

When the iconic Diana Ross took center stage, she recognized fans of all ages who each could relate to some or all of her near 50-year-long song repertoire. They celebrated the beloved soloist, who was former lead singer of the Supremes, turned actor and business woman. “I’m Coming Out” got the audience to their feet and clapping in the aisles.

Diva Diana performed to recorded soundtracks, which backed her live vocals superbly, but when the show was nearly over and the audience wanted more, the automated “band” had no more songs to play.

After the special concert, there was a private party backstage. I said hello to Ms. Ross and spoke to her about her old friend Beryl Warren of Las Vegas, who was her stand-in on the set of “Lady Sings the Blues” and also worked at the historic Motown Records empire.

Ms. Ross was greeted by Sheldon Adelson and other VIP’s, along with others wishing her well. While greeting new and old acquaintances, she conveyed that it was a wonderful occasion to return to Las Vegas and enjoy the gaming mogul’s vision of the Palazzo come to life.

It’s no surprise that events like this are just the beginning of what we can expect from him and his creative team. William Weidner, president and CEO; Bradley Stone, executive vice president of Las Vegas Sands Corporation, along with Rob Goldstein, president of the Palazzo Las Vegas make up the core team taking this integrated resorts concept international.

They have already racked up a success with their Macau property, which is among the top largest resort properties in the world. They plan to have the same winning streak in Singapore, India and Bethlehem, Penn., where a steel-mill themed resort is scheduled to open. At a recent press conference announcing the proposed properties, it was explained that gaming is only a part of the total destination experience they are seeking to offer. The Pennsylvania property is creatively developed on the site of an actual steel processing plant, with some of the structure as decor and is sure to provide something exciting for visitors. 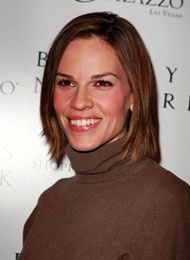 One of the gala parties held during the red carpet ceremonies on the opening night of the mega weekend was at Barney’s in the elegant passageway joining the Venetian and Palazzo.

During the party at Barney’s, I spoke with Patrick Warburton, a veteran of the volatile acting business, and asked him how he handles rejection when he doesn’t get a part. He said it’s just part of the business and that everything takes work in order to get a benefit or a reward. He also mentioned that although his parents instilled values and principles, which he still uses, it is ultimately up to each one of us to make our own decisions. 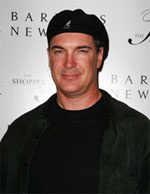 Warburton is a part of a six-person ensemble cast on “Rules of Engagement,” a sitcom about different phases of male-female relationships as seen through the eyes of an engaged couple. It stars Oliver Hudson (Adam), Bianca Kajich (Jennifer), Megyn Price (Audrey) and David Spade (Russell).

Pete Allman is a Las Vegas-based commentator, broadcast
personality and celebrity interviewer. He also produces inspirational
messages for television and other media.